….Robert, a self-taught artist was born in 1969 in LaSalle, Quebec, Canada. Robert took to art as soon as he was able to hold a crayon, often doodling or drawing for hours. Throughout his childhood, he developed an appreciation for artistic expression and creativity; whether it was building with Lego Blocks, a bird house out of scrap wood, making contraptions with Erector Sets, designing Halloween costumes or just drawing pictures. But it wasn’t until much later in adult life during a chance encounter that the artistic spark would be ignited….. 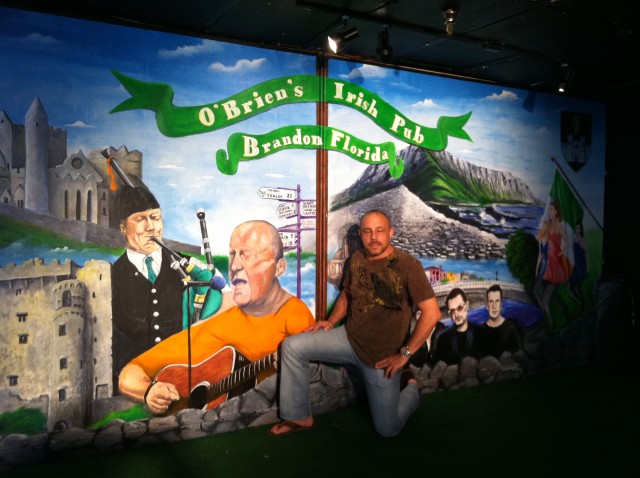 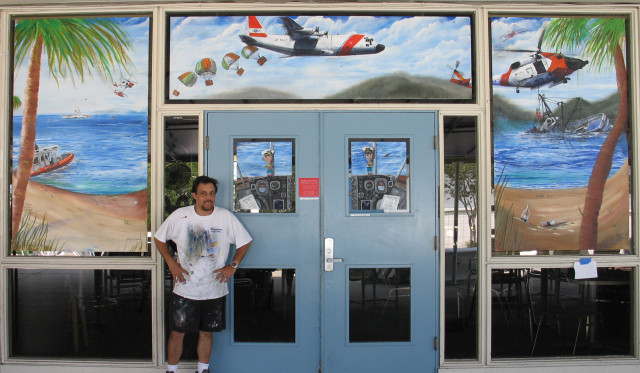 Robert is now a professional artist full-time running Tampa Murals, INC and Tampa Mural Painter.  Along with larger and larger projects the company has started to grow employing more artists. He lives in Riverview with his family who are also beginning to show signs of the artistic spark.

If you would like more information please check out our blog, the Portfolio page, contact us or give us a call at (813) 771-3086

We are based in Tampa, Florida and servicing Central Florida. We specialize in providing superior services.

Since 2013 we have become the “go-to” for corporate logo painting. We have recently completed large scale murals for residential, huge corporate murals and logos. We also work on commissioned canvases.

At Tampa Mural Painter, we stand for a lot more than just great customer service. We have the services to back it up. Although we specialize in Wall Murals, we have a number of other services we provide.

We use only the finest paints and products from Winsor Newton, Golden, Behr and Andek Performance Coatings for our Wall Murals. If you would like more information please check out our blog.